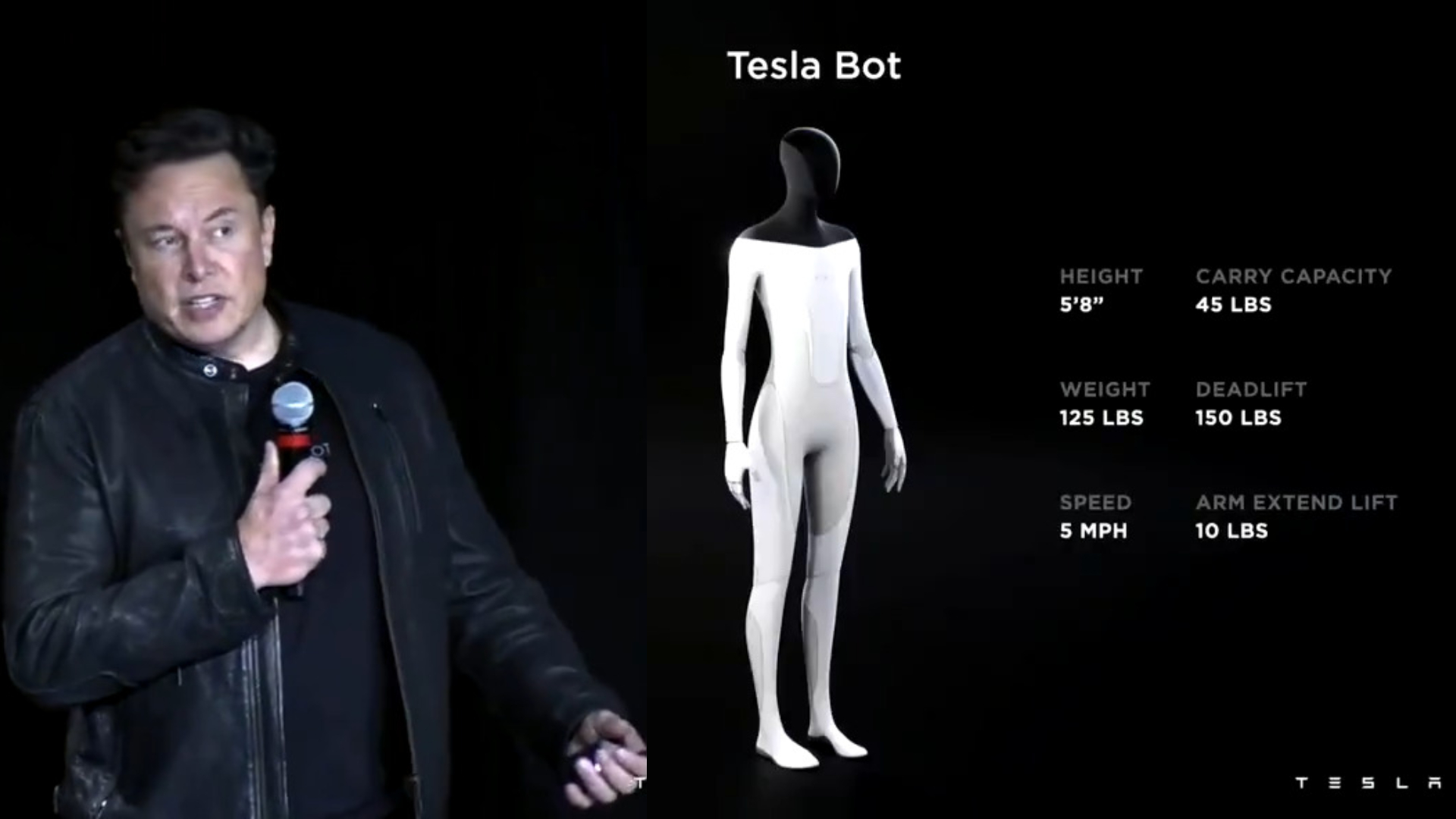 Speaking at Tesla's AI Day event, Tesla CEO Elon Musk unveiled a humanoid robot called the Tesla Bot that works on the similar AI used by Tesla's vehicle. It is designed to eliminate repetitive, dangerous, boring tasks. Tesla Bot is 173 centimeters tall, weighs 57 kilograms, and has 40 electromechanical actuators powering its body. Its head is kitted out with the autopilot cameras used by Tesla's vehicles to sense the surroundings and contain a screen to display information. A working prototype of it will be ready next year. Later on, Musk said that the Robot is still in development. Automation will make physical work a choice later on, which will have significant implications for the economy and require universal basic info as government policy. Tesla announced an AI-optimised custom chip called D1, which it uses to make a supercomputer called Dojo. This machine is expected to deal with tremendous camera and sensor information measures from Tesla cars and train the neural networks behind Tesla's self-driving technology. After the presentation, a question was raised "This AI robot also be used as a weapon?" Musk replied, "What we're trying to do here at Tesla is make useful AI that people love and is ... unequivocally good."